The last snow dump at the end of January was heavy and deep.  As we struggled to access the impact, we suddenly realized that two of the large rebar arches that hold the lady banks rose near our outside wall sign in the Reunited Resurrection garden terraces had been levelled flat to the ground and completely covered that long staircase.  I was convinced that the lady banks had been broken but as things melted we were able to see that the whole mess was simply and completely bent down. 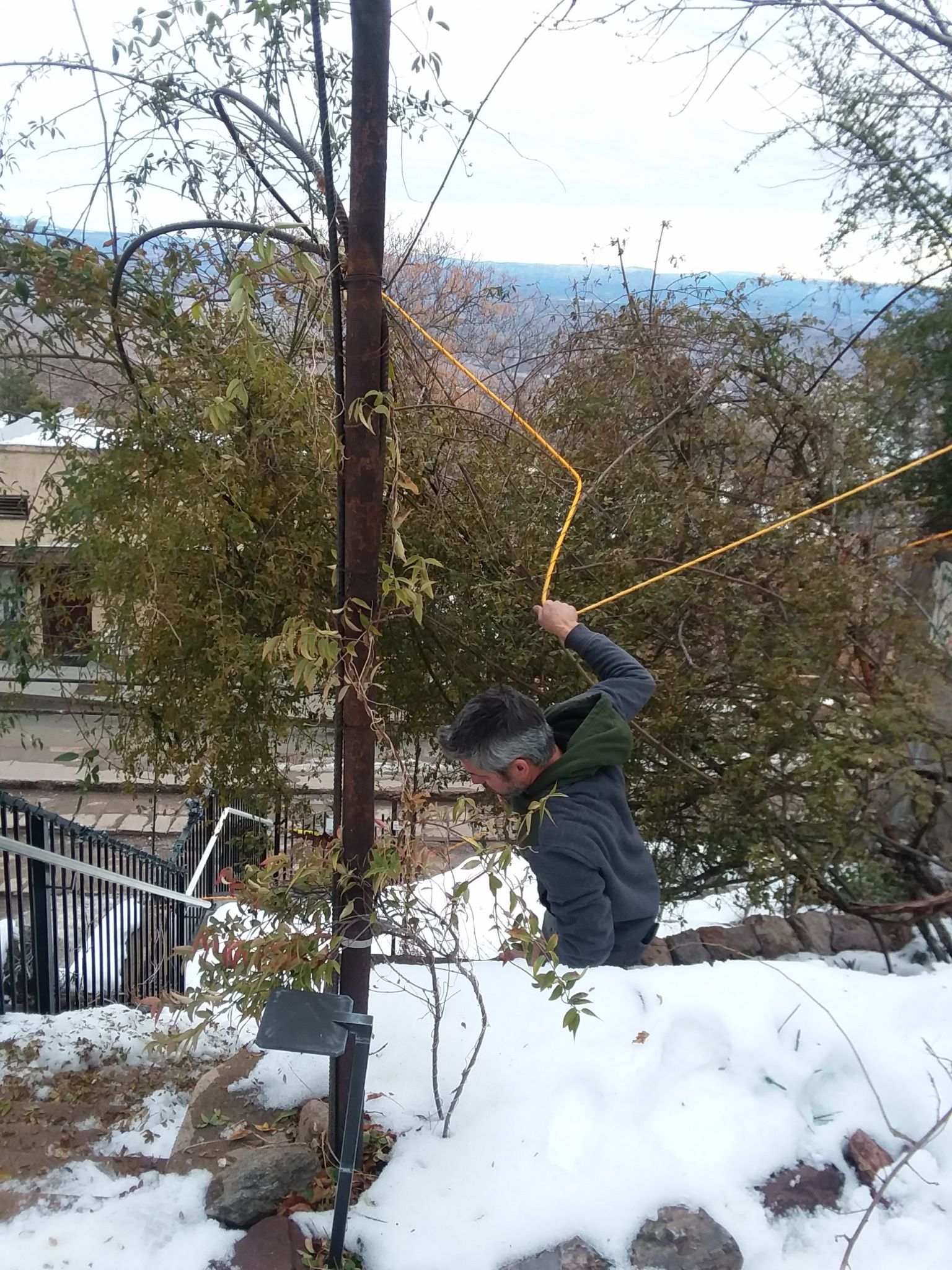 Using the cherry tree as leverage, Joshua made several attempts and adjustments to the positioning of the nylon rope before we could successfully right the rebar and the rose by winching it up with his vehicle on the driveway.  I played the critical role from up top of yelling “Go go go” or conversely “STOPPPPP! Enough!” while waving my arms wildly.  We then tied it off to the cherry tree until the rebar ‘remembers’ where it belongs.  The fact that nothing snapped literally tests the metal of the rebar arches as well as our indominable lady banks.  Equilibrium has been restored!