My Kingdom for a rope!

My Kingdom for a rope!

Our two little raccoon families visit at least once per night and all the little dudes have gotten quite confident in climbing for the jelly and the goodies on the feeding platform in the tree. These two youngsters were so absorbed in munching down that they didn’t hear the arrival of ‘other diners’ – oh dear.  Mom and the other sibling had skedaddled already when these two adventurers decided it was time to go home . . . too late!

The little kiddos made several attempts to descend until finally the pigs noticed – another BIG oh dear! 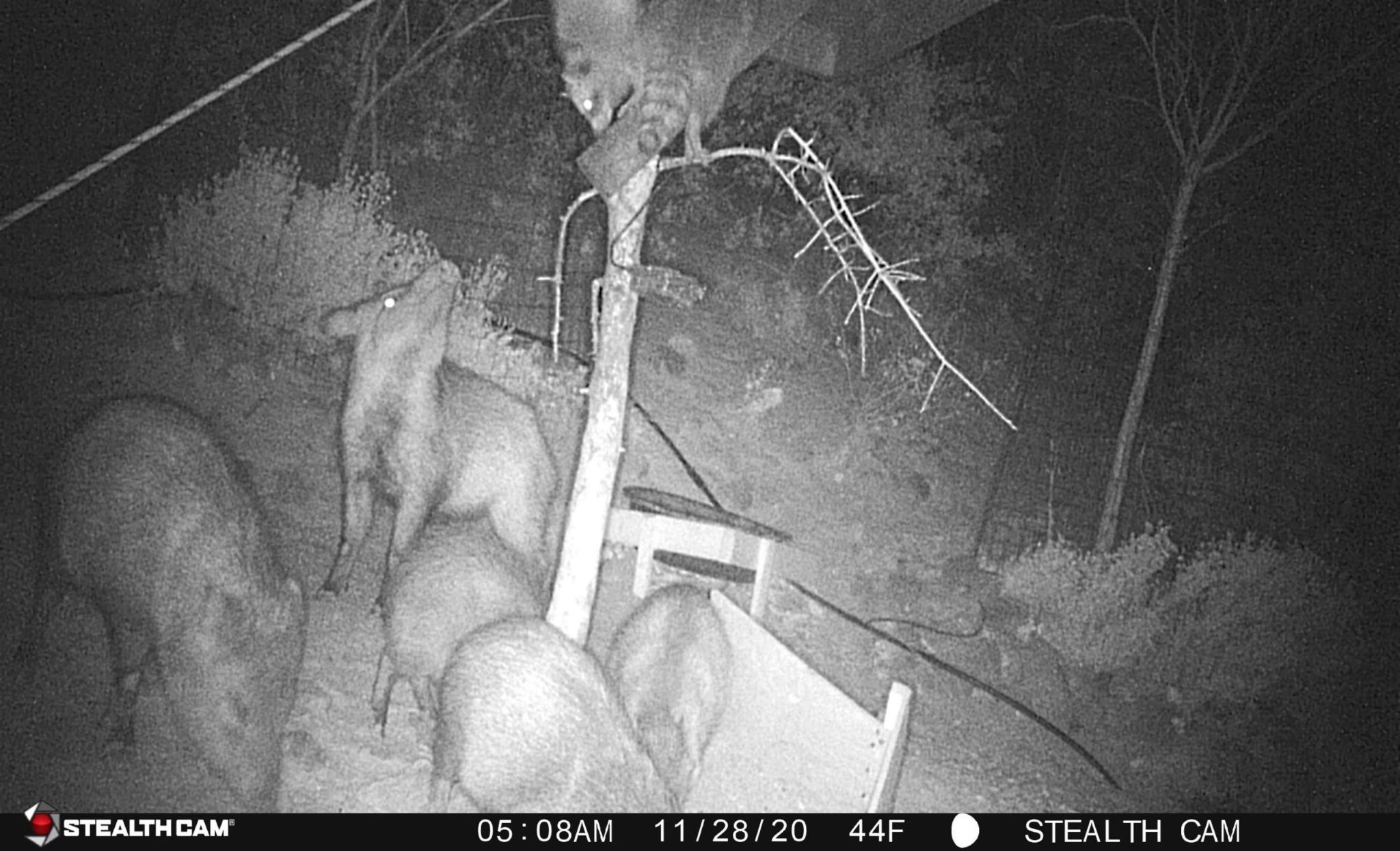 Their dilemma went on for about 15 minutes with us noticing two sets of frantic eyeballs watching from the bushes above – mom and sister.  The treed kids appeared to get nervous-er and nervous-er and with good reason as the pigs began shorting up towards them and obviously noticing that they were there.  After much deliberation and probably silent coaching from the peanut gallery of mom, they tried again a couple of times and finally must have made a break for it and luckily dashed back to safety. 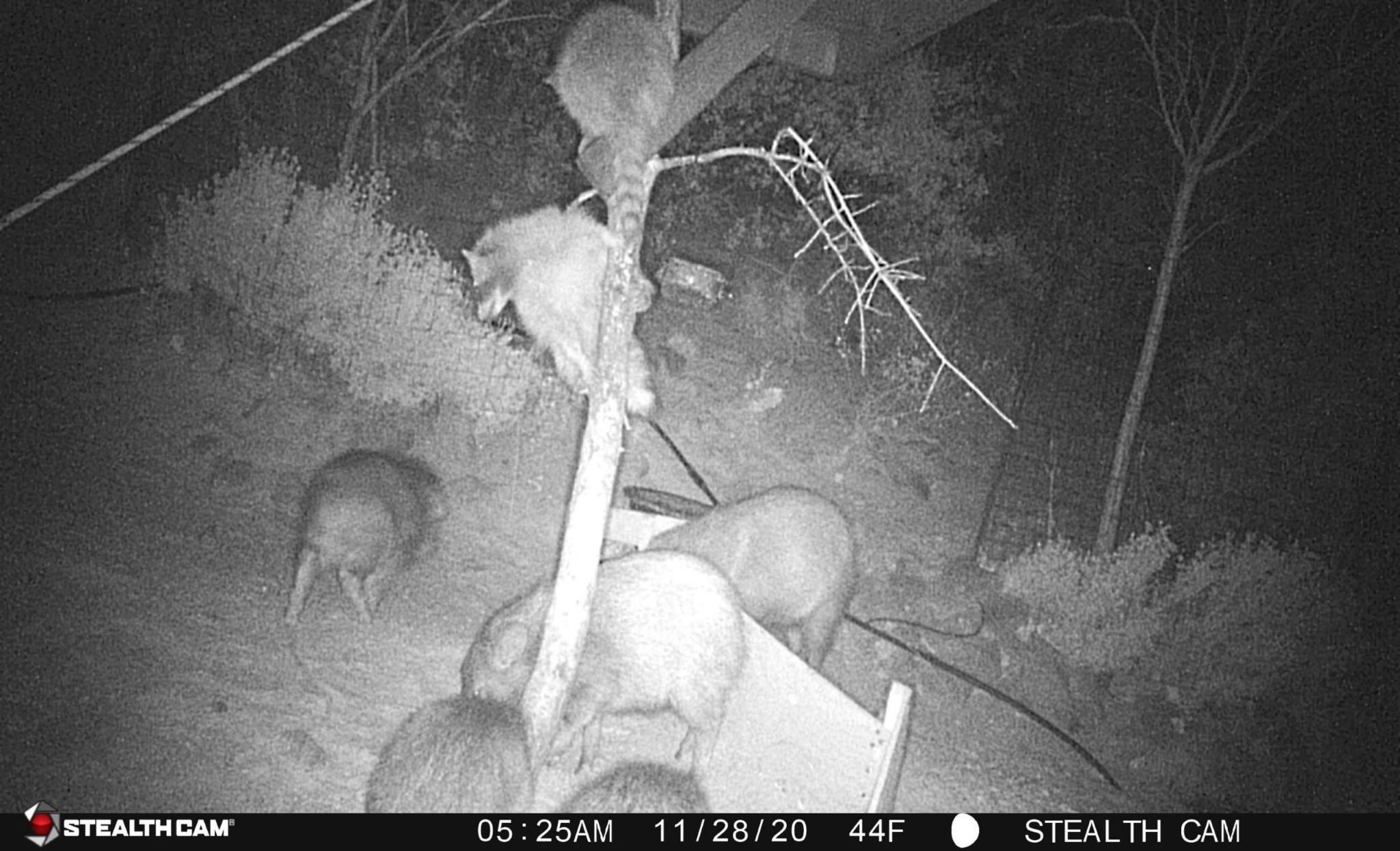 Kids, I tell you!