I planted what we now call the Grand Old Gramma of a wisteria over my front porch nearly 28 years ago.  The plant was the size of my index finger and I tied her to a ‘one-by’ with one of those cheesy yellow plastic things just to hold her upright.  The foremost gardener in town (at least in his mind – ha), the late Joey Van Leeuwen, told me I was wasting my time as they wouldn’t thrive here.  I had worked in Albuquerque for a short time, which is the same elevation as Jerome, where wisteria nearly grew wild so I thought, “This is my dream home and if I spend $45 on a plant that I have always wanted and it fails, so be it.”

Time passed, she thrived and even gave us a super magnificent bloom which was the first one Mark Hemleben (one of the foremost plein-air painters in the U.S. and formerly a Jerome resident) painted sometime before 2001 and then over the years he recorded her and my home and HIS AND MY HOME’S evolution various times by painting the wisteria. See them in my living room.

In 2006, the Grand Old Gramma had nearly covered the front of the house. We had to cut her away just to expose the upstairs windows, if you can imagine, so that we could repaint the house.  Sometime after that although I can’t remember exactly which spring, I noticed that something was very wrong.  I called an expert gardener in our area to come look at her.  He declared that 90% of her was dead and he felt I needed to cut her off the house and down to the ground.  Prior to that another long-term gardener suggested ‘girdling’ her (cutting a severe wound around her trunk to make her think she was dying . . .) however I couldn’t bring myself to do that either.

I relied on instinct and inspiration from this blessed home and piece of the Earth Mother and I took another path.  The Emperor was the only person with the courage to help me cut the dead off the house.  I figured that 90% dead is NOT 100% dead and we were going to tell her to concentrate all her energy in that remaining 10%.  I sobbed the entire time we were doing it.

Gramma did indeed survive albeit pitifully for many years even though we fed her mightily.  About 5 years ago she spawned what we call Cousin Cousine over the then brand-new Maid’s Suite Front balcony.  She bloomed for the first time this year.

Every year we have continued to encourage Grams to bloom and this year was it.  I can’t count the number of years ago that I had the vision of her going over the Master Suite balcony and down over the end of the front porch and the disco ball.  Well guess what and look at her now! 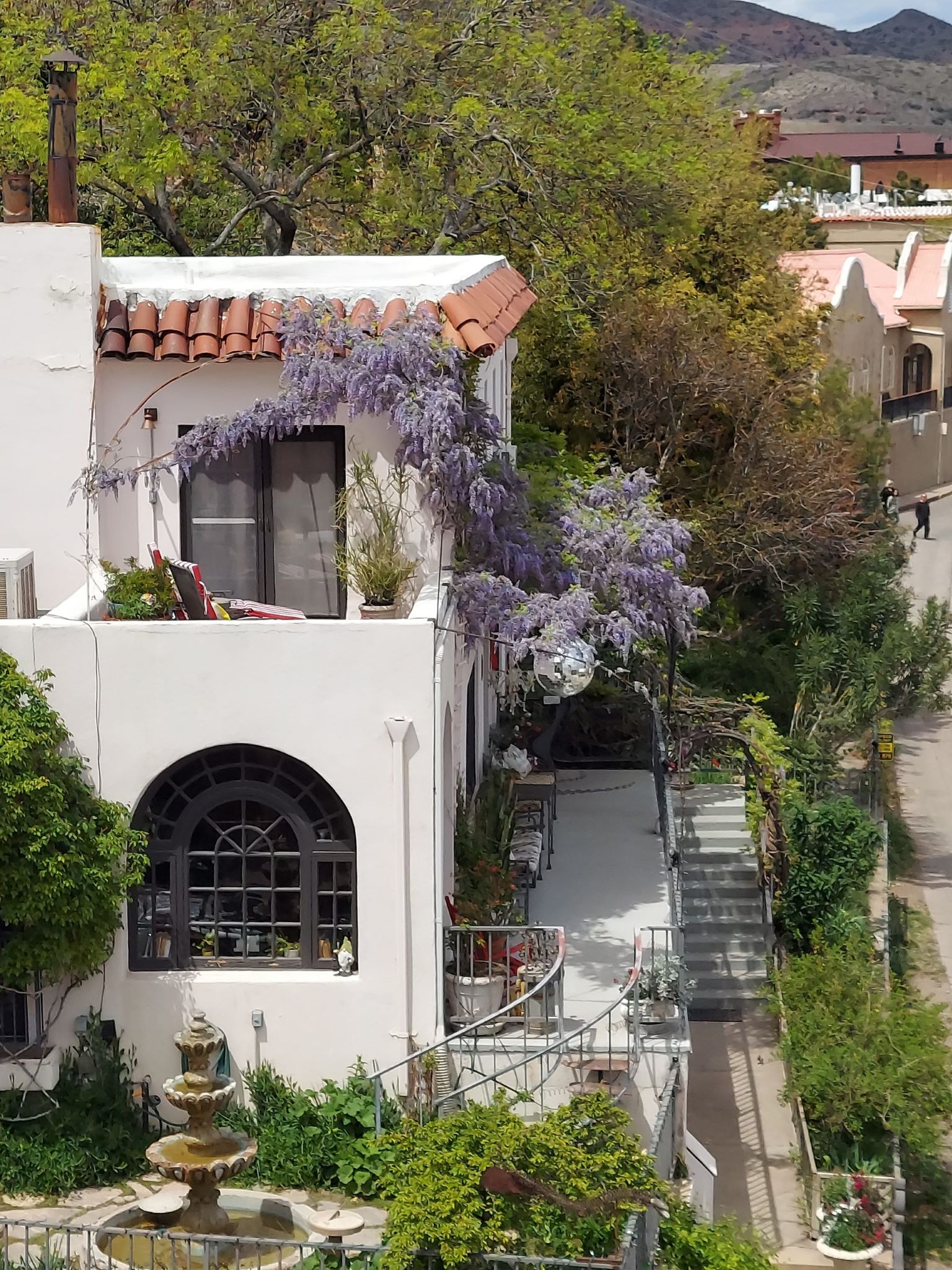 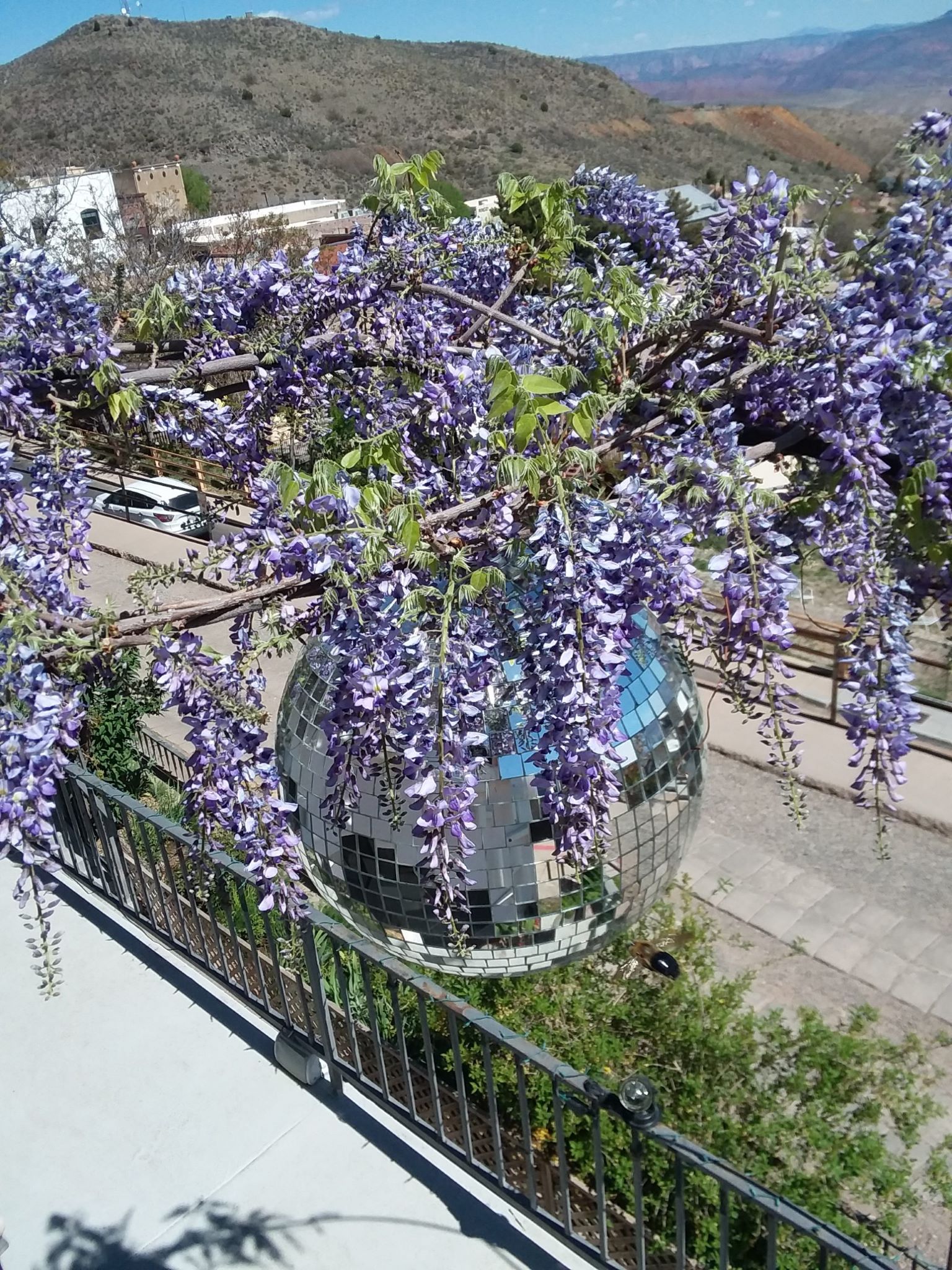 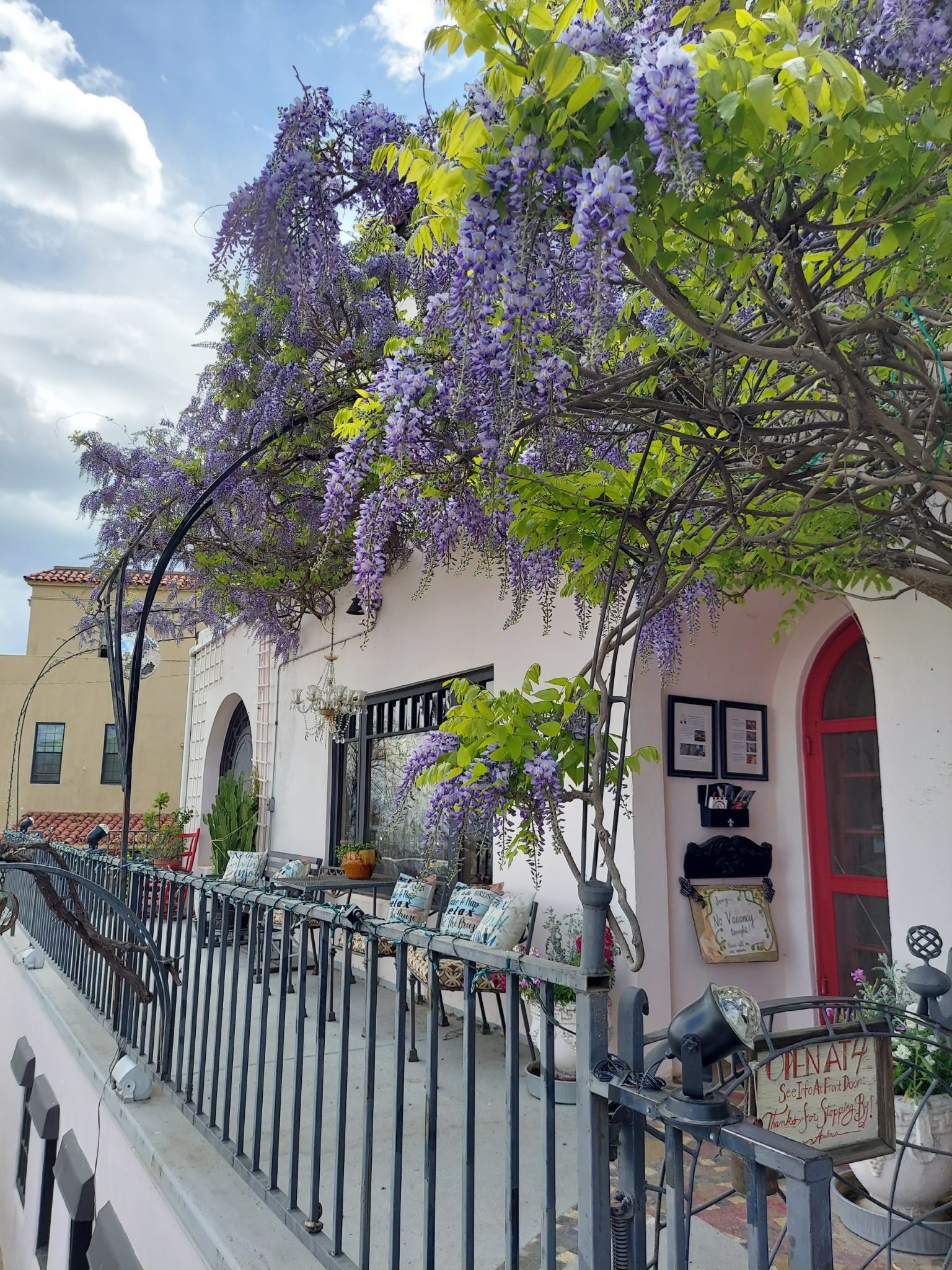 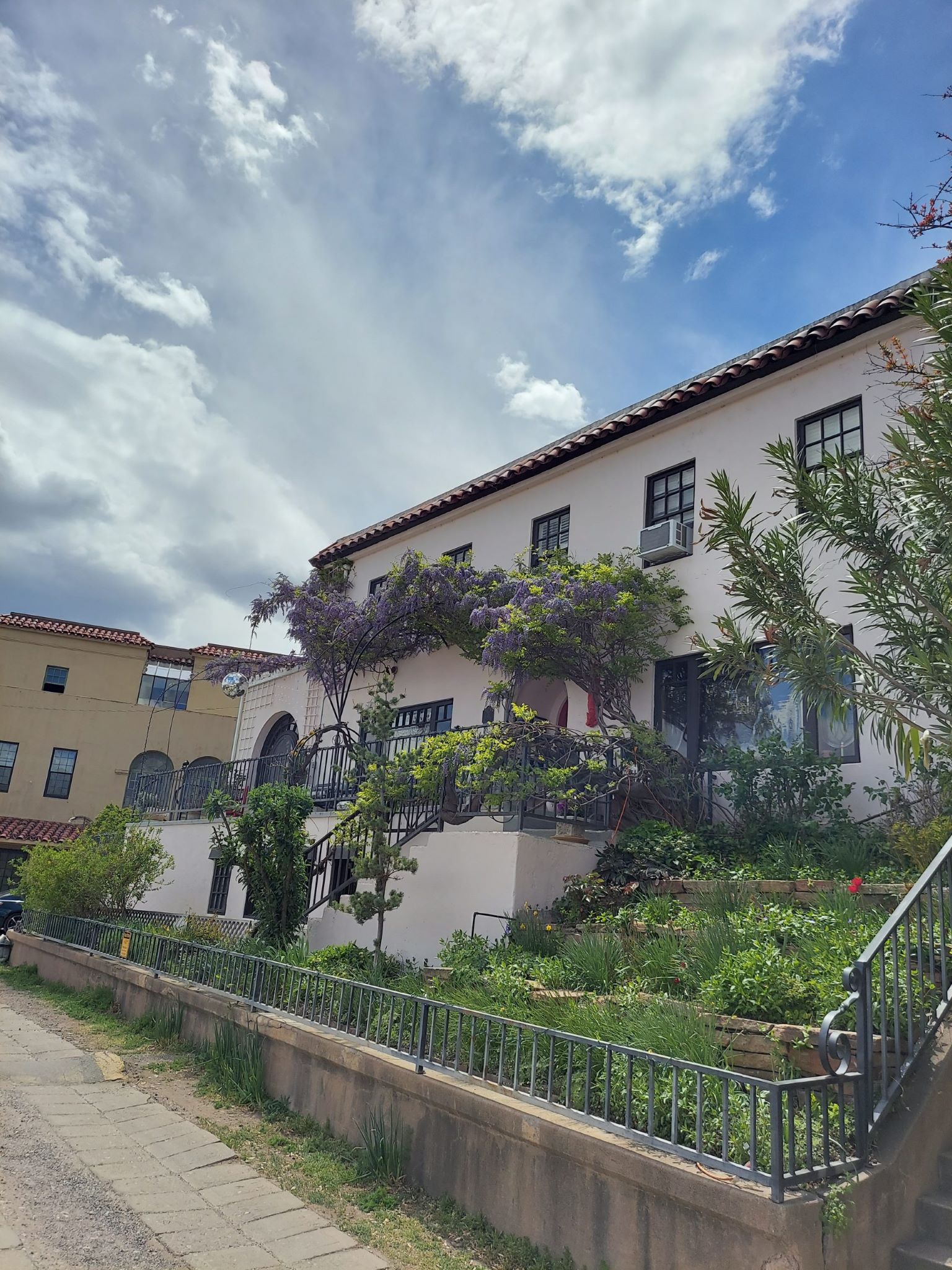 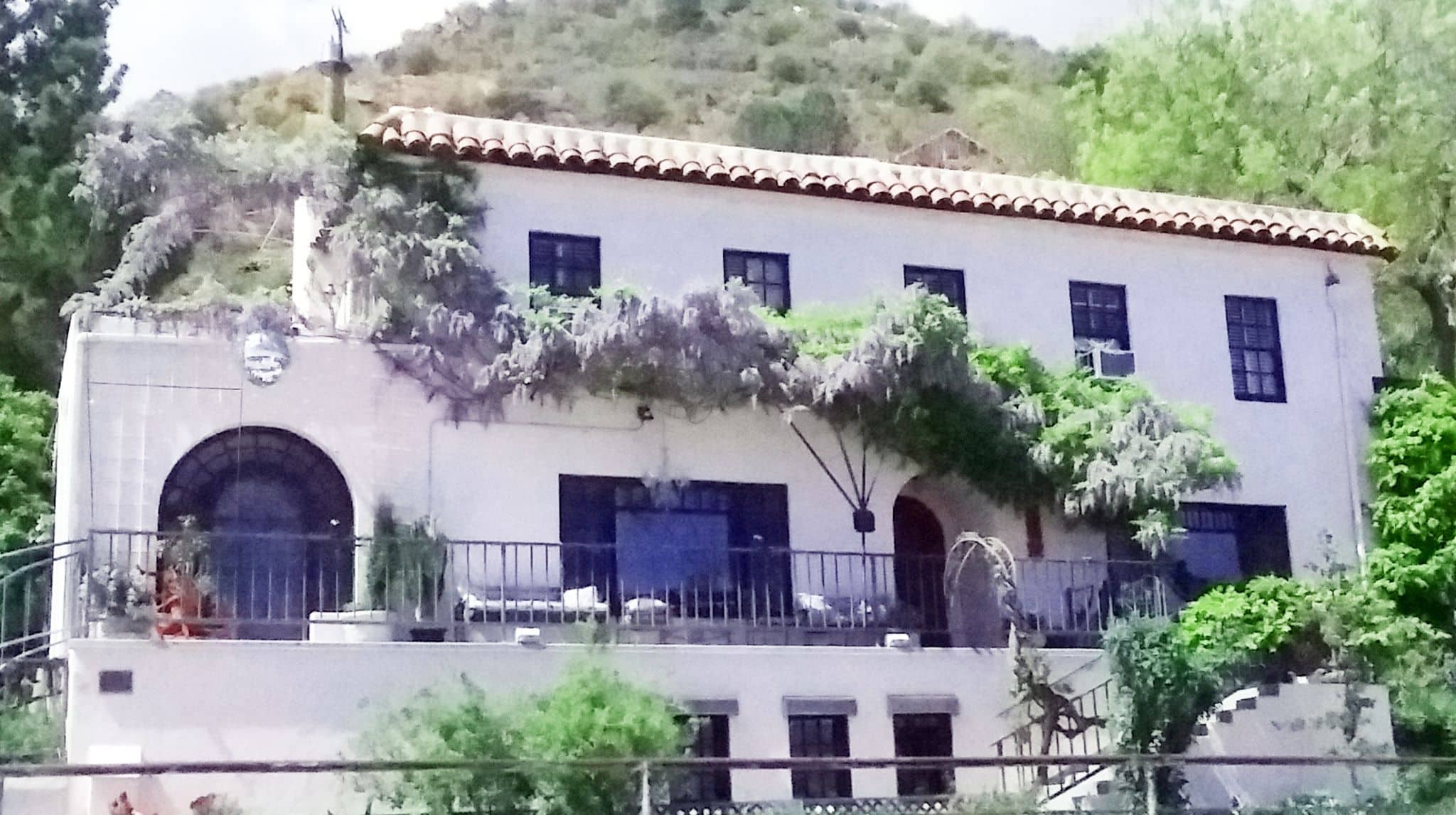