The Food Bank crew went way out on a limb this week in tackling what were ‘reported’ to be veal shanks.  By the looks of the size of these monstrosities, maybe they were dinosaur shanks?!  First, we roasted them (taking up both racks in my Wolf), then we boiled them and they still weren’t right so we boiled again.  When we attempted to remove all salvageable goodies from the bones, we discovered that the whole deal had become so gelatinous that the bones made sucking noises as we picked and sorted, thinking we were making bone broth.  Check out the not-so-happy look on Brittany’s face. . . 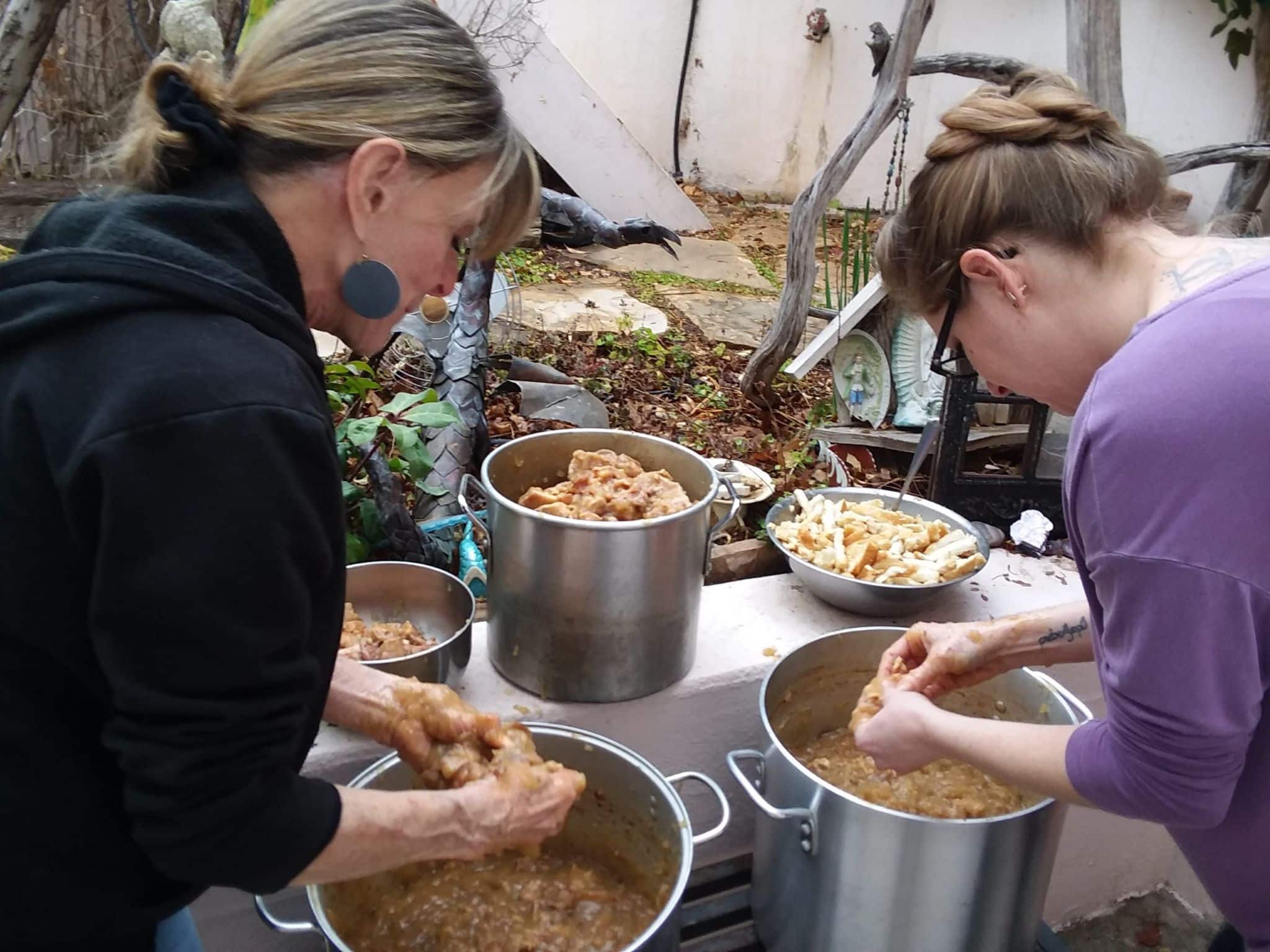 The flavor and fragrance still left something to be desired so after playing some spice magic, boiling again, adding Calrose rice, spinach and corn, our intended bone broth had again become the consistency of jello – what? – so it had to be heated yet AGAIN before we could package, label and freeze. 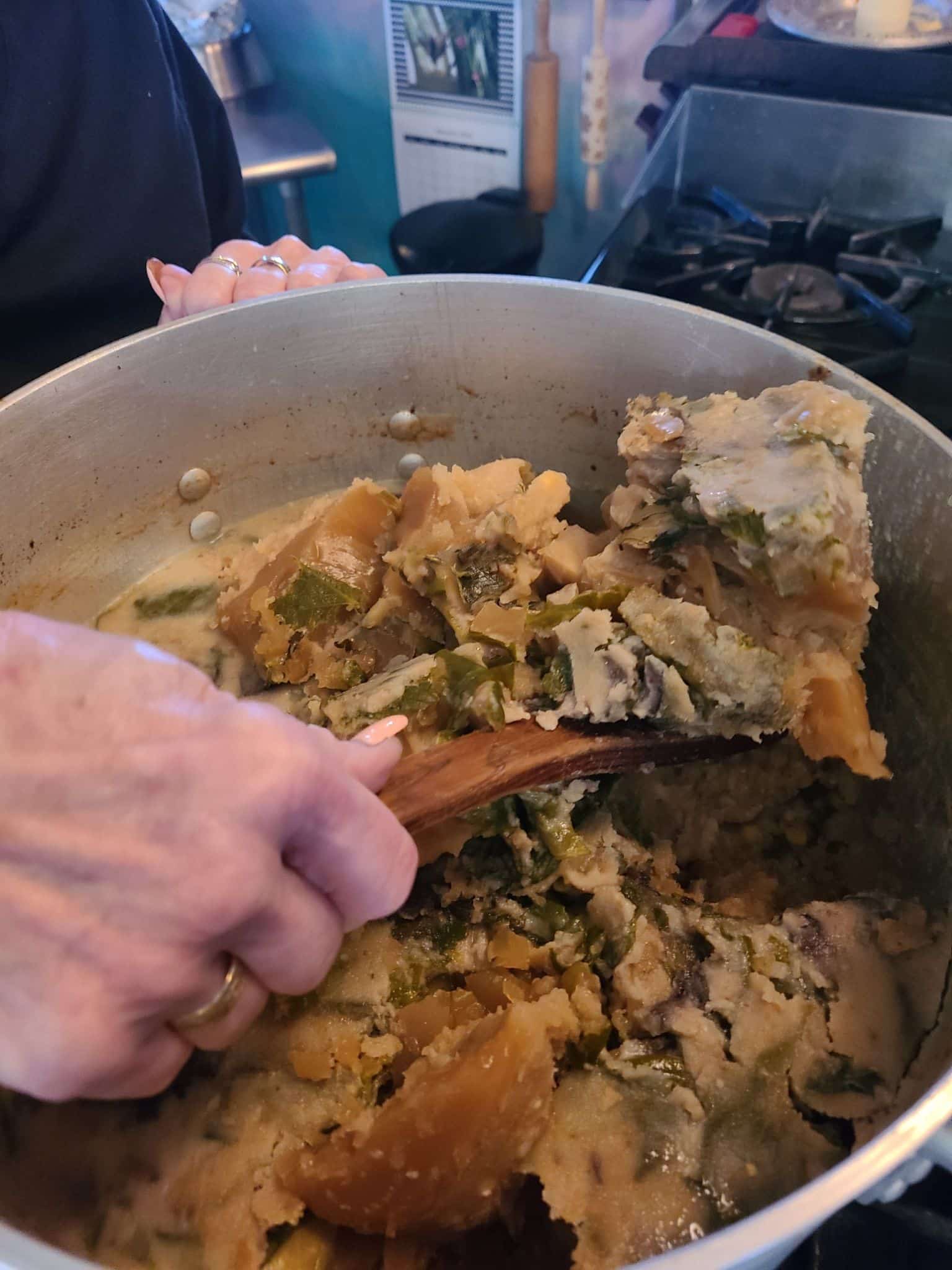 Another steep learning curve from which we concluded that this dish deserved to be the most expensive and valuable foodstuff on the planet!  But it IS good for you and incredibly delicious.