We think that perhaps we have hit a homerun with the placement of Skinny’s igloo outside the atrium door and the addition of a heating pad in his digs, especially critical and hopefully attractive as we enter a temperature dip.  We are vigilant on food, water, and ‘peering’ of course.  Turkey, chicken, scrambled eggs, and tuna seem to be big movers in the skinny-world.  As it turns out, our stealth cam was giving us what we call a ‘false negative’ due to its frequency of images but we accidentally discovered that he is actually spending prolonged periods of the night curled up like a cat and grooming himself – yea yea yea.  Regrettably, we aren’t able to position the camera such to record any of those times but we shall continue to try to share that leg of his journey.

In the meantime, take a look at the most recent images of him and a buddy (perhaps?) that makes the feeding station rounds with him. 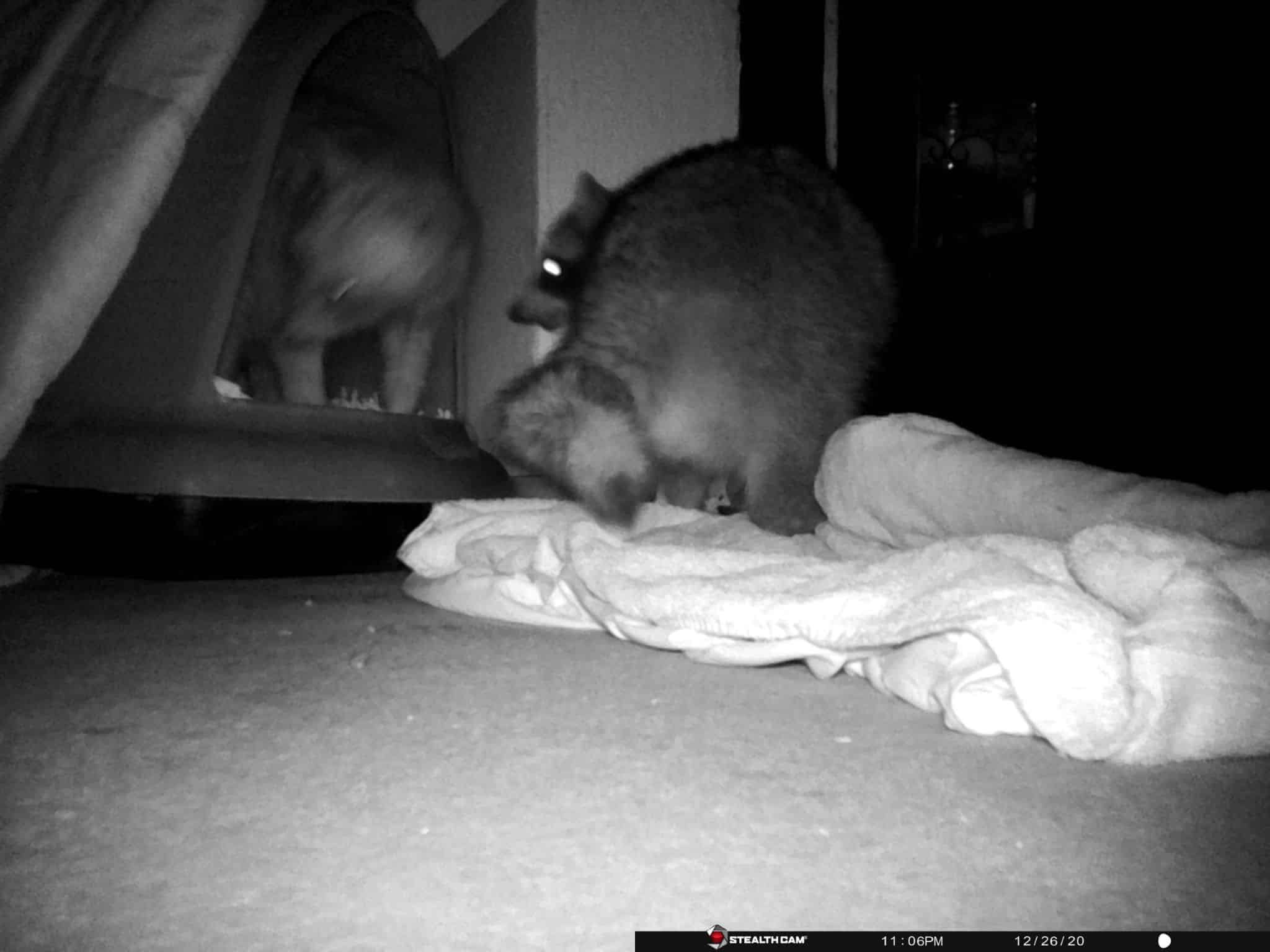 This is the latest and greatest until we are successful in getting images of him as I actually observe him all curled up like a cat, hunkering down, looking out at the flashlight, peeking in the door, rearranging.  Man oh man do I wish my eyeballs were a camera we could download.  Stay tuned and hopefully we’ll have a snuggle/cuddle image of our young guy in his little house, trying to stay all toasty cozy!

Is there such a thing as over-succeeding?